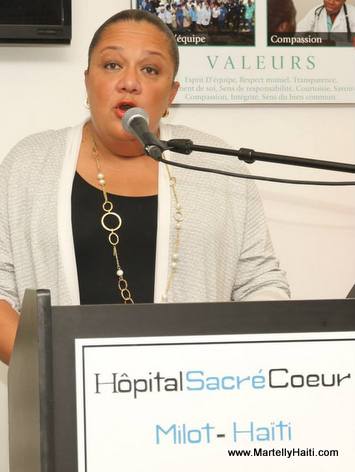 Haiti first lady participated in the Grand Opening of the new Outpatient Clinic at Hopital Sacré Coeur (HSC) in Milot Haiti, the largest private hospital in the North of Haiti.

Many distinguished guests representing the governments of the United States, Japan and Haiti were present for the much anticipated clinics opening.

Congratulations, Haiti is going forward with healthcare for a stronger Haiti. Long live First Lady Sophia Martelly, the Queen of Health, for putting her knowledge in the care of the Haitian people, for helping the sick in Haiti. The South of Haiti more »

< Prev Next Topic >
This is the archive of
(Sa se achiv)